Massage form has been created.
Send any private messages to me!
Any feedback is appreciated.

Posted by MDOFCR at 5:47 PM No comments:

Email ThisBlogThis!Share to TwitterShare to FacebookShare to Pinterest
Labels: web

Just to edit input parameter file, and run the simulator program from command prompt, then simulation results are generated as csv files.
You may make plots, if you use spreadsheet software like (LibreOffice Calc, Microsoft Excel, etc.)

Here is an example of simulation result. It is plotted by LibreOffice Calc. 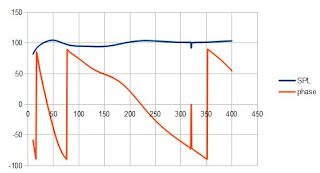 Here is the input file. Just to edit this file and rung the executable, then results are generated as text file.

You can compile the source file.
Linux 64bit executable compiled by GCC runs much faster than Windows 32bit executable!

See software page. Everyone can download the software without limitation.
This version is listed as code003E.
Posted by MDOFCR at 9:27 AM No comments: