Numerical Simulation Program of Standard MCAP-CR has been developed and report was released!


Numerical Analysis will make it better to plan and design loudspeaker applications. 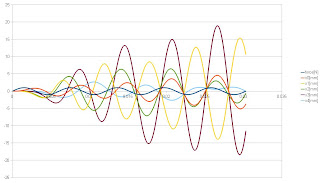 Program source code will be provided upon request with written agreement.

For commercial inquiries, please give me email to mcapspeakers @ gmail.com (remove two spaces).

Posted by MDOFCR at 2:43 PM No comments:

Email ThisBlogThis!Share to TwitterShare to FacebookShare to Pinterest
Labels: programming

I recently made a new multiple degree of freedom cavity resonator speaker system.
New system's structuture is named as CBS-CR.

Here is the structure of the new system. Left down side is main chambere where speaker driver is installed. On the wall of main chamber were pasted slices of corque caps. It was intended to absorb sounds a little bit, while it would not affect its performance a lot.

Other chambers are sub chambers. Details of CBS-CR is documented here. 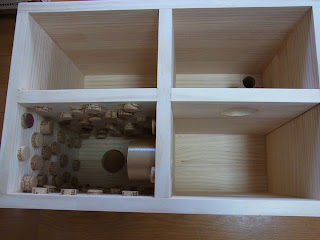 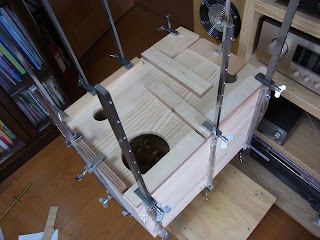 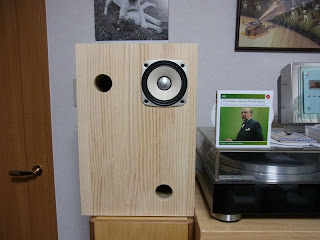 
I love this system's performance. Low end frequency is approximately 37Hz. It is enough for most music sources. This system is especially good at jazz musics.

I will upload some more details later. Chiao.

What I can do for disaster

One week has passed since devastating earthquake in Japan.
I donated some money through Yahoo! Japan Fund. I hope it be used anything good for the people.

Email ThisBlogThis!Share to TwitterShare to FacebookShare to Pinterest
Labels: general

There was devastating earthquake in northern part of Japan. Tokyo had also earthquake, but metropolitan area fortunately did not have serious damage.
Wired telephone and cellphone are not well functioning in Tokyo as well. I can see TV news and get information from internet. Damages in the northern area look significant.
I can do nothing for them....
Posted by MDOFCR at 10:50 AM No comments:

Conference this year on September 4th!

I am glad to announce that conference of Research Institute of Loudspeaker System and Related Technologies (RILSRT) will be held on September 4th in Tokyo.
Number of members of this research group became to 81.

We will meet each other and discuss technologies and preferences.

Please let me know if you are interested in this conference this year!

Posted by MDOFCR at 7:32 PM No comments: 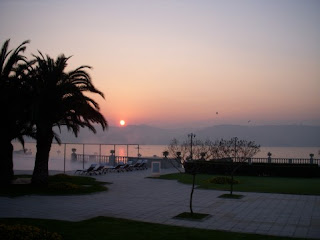